Agricultural profitability has been almost halved since the 1980s, to the chagrin of many farmers and ranchers. In the ’80s, the average farmer made approximately $0.31 cents on the dollar. Today, farmers earn about $0.16 cents on each dollar. Considering technological advancements that have led to increased productivity across various agricultural sectors, such as in farm equipment, fertiliser, breeding, and disease control, one would assume that farm profitability should be trending upwards. However, that is not the case, because the trade of agricultural produce has stagnated significantly as the industry remains mostly non-digital. Paper records and verbal agreements are still very much standard practice between farmers and their corporate partners.

For farmers and ranchers to track customer interactions and transactions using software like Excel is a step ahead of simply relying on a paper trail, but it does not go far enough to modernize the transactional side of trade in the industry. The exchange of endless documentation between agriculturalists and their clientele, financial institutions, as well as with third parties, can quickly become hectic, disorganized, and a massive headache for the average farmer.

As a result, vast amounts of time and capital are lost between third parties and intermediaries. The simple authentication of documents can become a massively time-consuming process, which in many ways has become a sector of its own, consequently outsourced to law firms or consulting firms to get to the end of a paper trail effectively.

In the agricultural industry, developing a blockchain ecosystem has been suggested with some degree of optimism, as a digital trade ecosystem could efficiently facilitate trade between farmers and ranchers and their clientele, financial institutions, and third-party intermediaries and contractors.

If properly developed and given enough support, blockchain technology could resolve issues of decreasing trust and bureaucratic chaos that are hindering trade in the agricultural industry. Through the reduction of transaction costs, higher levels of financial security, and just generally more transparency in the supply chain, digitization of agrarian trade practices could revive some capital lost to intermediaries and third parties, while also restoring trust between industry stakeholders.

Blockchain has already been employed in the meat industry

An example of blockchain technology being incorporated into the agricultural sector already exists, as last week a blockchain-based platform was introduced in the southeastern United States to increase the transparency of the supply chain in the beef industry. Such a move could draw attention from meat industries elsewhere, as there has been some skepticism among average customers over the transparency of the supply chain between the ranch and the grocery store, with many people concerned that they are not receiving meat as advertised.

In the UK, earlier this month, the Food Standards Agency (FSA) completed a pilot project where blockchain technology was used as a regulatory tool in food production. Very few details were released that would shed light on the project, but since the FSA exists to ensure food safety, we can wager that blockchain technology may have been used to track food producers’ compliance with hygiene and safety standards.

Blockchain technology may begin to play a more significant role in the agricultural industry if projects like the one in the UK are seen to increase efficiency. It will be an exciting sector to watch over the coming months. 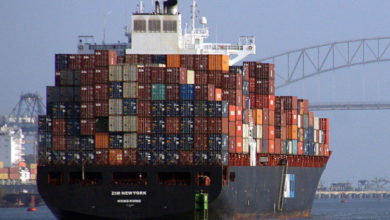 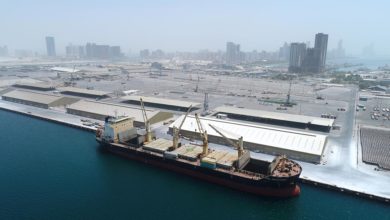