Worldwide, more than 3.5 trillion plastics are produced yearly, and the number keeps on increasing. This waste must go somewhere, and it is not a surprise that without adequate environmental recycling policies implemented across all countries, almost 2.2 billion tons will find their way into water bodies every year.

Without clear visibility on the pollution output on a local and international scale, it’s challenging to execute policies and keep the public aware of progress. Socio-economic differences are also called upon as one of the main reasons behind the lack of environmental policies in developing countries.

In a context where waste management has reached a crisis, new technologies are being leveraged to create change. Indeed, around 90.5% of all plastics ever made has never been recycled, and by 2050, the world will have approximately 12 billion mt of plastic waste.

Blockchain technology has emerged as a solution to keep track of records, enforce policies, monitor funds and donations, and provide a rewards system, among others. Initiatives to tackle waste innovatively are currently undertaken by governmental and research institutions, NGOs, producers, retailers and individual citizens. Let’s have a look.

Every year, 1.3 billion tons of waste is produced globally, and this number is projected to increase yearly, eventually reaching the 4 billion ton mark by 2100. Even though developed countries record a recycling rate of 63%, the rest of the world have inadequate recycling methods.

Nevertheless, the push for more adoption of recycling is still on, as plastics continue to pollute the earth’s water bodies. Initiatives have been put in place to give tangible value via cryptocurrencies to participants. The ability to implement these initiatives, especially in countries with deep socio-economic inequalities, could offer a strong incentive to recycle wastes via a reliable, easily accessible means of income.

Some of the organizations trying to solve this issue include:

Plastic Bank is a company that incentivizes recycling and plastic collection via crypto rewards and blockchain systems. They have collection centres in the Philippines, Indonesia and Haiti.

For more on Plastic Bank and social plastic, click here!

Agora Tech Lab is a Netherland based company that encourages the creation of circular economies by rewarding responsible waste management behaviour. Their goal is to help cities create participatory waste management frameworks based on the blockchain, where participants are rewarded with a local token for their contribution to society. That token can be traded for governmental services.

Litterati is an app that enables the user to share geolocalised pictures of waste. What’s more, they recommend tagging what kind of litter it is, to keep teaching their AI system. Even though there’s no rewards system, users can invite or challenge others. It’s an interactive way to motivate collaboration and help maintain the neighbourhood, street, school or city clean. Reportedly, the use of the app has made public institutions switch from plastic to paper packaging.

For a peak at the global litter count, check out their map.

The environment has become an easy heartstring where predatory fake charities regularly take place. Blockchain technology’s ability to guarantee transparency to donors implies that proceeds will be used correctly. Those who want to take part in the implementation of solar panels in Africa, for instance, could know exactly where their donations went and when it was used.

Some of the companies using this approach include:

Empower is a Norwegian start-up that uses a blockchain-based system to give plastic waste a value. They propose to track and make digital inventories in order to ensure most of it is reused or recycled. Through collection points across the world, financial rewards are given in return for plastic deposit, which is then digitally registered. They’re currently available in 15 countries.

GiveTrack strives to offer real-time, transparent reporting on fundraising numbers and objectives. Their mission is to leverage blockchain technology to revolutionize philanthropy. GiveTrack is BitGive’s flagship project  and was created in 2015.

Circularise is a Dutch start-up that monitors recycling, in a domain beyond donations, but that still calls for accountability. They have created a blockchain solution that provides accurate pricing for recycled material and indicates the number of times a product has been through the recycling process before. For example, they can inform brands using recycled textiles and plastics information on the contents they’re to use. By providing transparency on the supply chain, they’re encouraging businesses to adopt a circular economy.

A closer examination indicates that only 40 objectives within these treaties showed “little or no progress,” and the remaining 32 goals were assigned “further deterioration.” This is not what most environmentalists expect to hear as it makes environmental treaties look hollow.

Blockchain can be used to log agreements progress of the participating countries as a way to offer broader monitoring and, in doing so, increase the participation of every member.

Although in early stages, the United Nations and UNICEF are experimenting on blockchain funded projects to ramp up adherence by leveraging the potential of smart contracts.

Blockchain can also be used to track emissions and provide a trusted framework for treaty and law enforcement. It can also provide visibility for financial investors, encourage accountability in waste management and stimulate projects in a micro and macro scale. In Estonia, WePower partnered with the government to use blockchain for energy conservation.

These initiatives most of the times fall under the overall efforts to achieve a sustainable city, and across the world there are countries aiming to become a Smart City. For more details on governments that are taking the lead, check out our article “Blockchain’s Role in Developing Smart Cities“.

Can blockchain be the key tool in the fight to save the environment?

The ability to track waste and the way it is disposed and recycled is one of the primary methods of implementing a cultural shift towards more environmentally-friendly societies around the world. As we’ve just seen, the use of blockchain technology can be transversal, from tracking waste disposal habits, to the promotion of recycling practices using reward systems, to creating an ID for plastics. The goal is to implement local and global initiatives that, together, can make a difference. New technologies hold promises in the environmental sector, but it must be accompanied by consumer behaviour and economic business model changes. 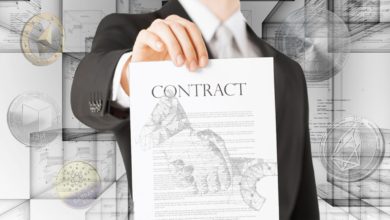 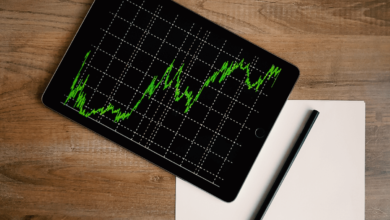