A tweet posted by the electronics giant Bosch, on November 12th, revealed that the company has signed a partnership deal with a distributed ledger development company, IOTA. 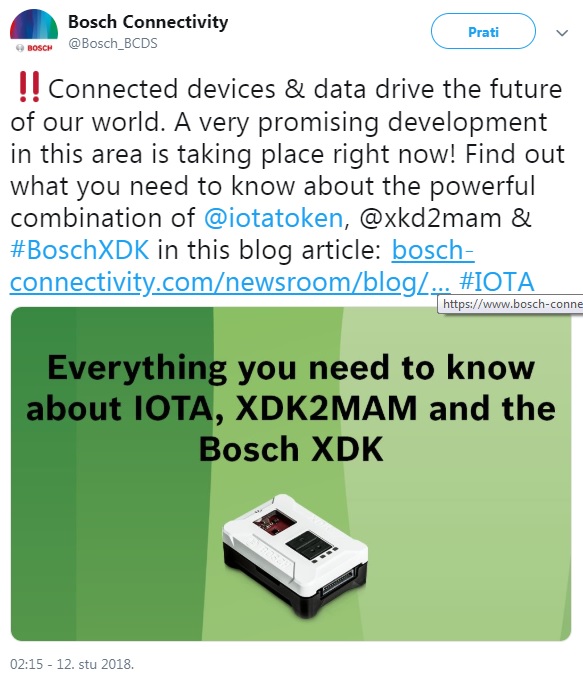 The mentioned tweet directs us to the official publication about the partnership, which describes the basics of the collaboration.

IOTA Marketplace as the basis

BOSCH describes IOTA Marketplace as a decentralized data marketplace where users buy or sell access to active data streams through Masked Authenticated Messaging (MAM). MAM is being defined as a second-layer data communication protocol that allows for data to be securely shared peer-to-peer through the encrypted channel.

In this way, data subscribers can trust the source and integrity of data even though the identity of the source is masked.

The IOTA Marketplace is, thus, important as a medium through which users can sell data harvested by the new Bosch Cross Domain Development Kit (XDK) – a programmable sensor device and Internet of Things prototyping platform, which, through its sensors, collect data in real-time.

As a part of the official announcement, Bosch has mentioned a few use cases:

Bosch also revealed that their XDK device is going to play a significant role in IOTA Smart City project, and encouraged future users to devise use cases of their own.

Bosch stated that connecting their device to such marketplace wasn’t possible until IOTA developed their Tangle system which doesn’t use blocks as a regular blockchain.

Instead of the conventional technology, IOTA uses a Directed Acrylic Graph (DAG), where different types of transactions run on different chains in the network simultaneously.

Furthermore, Bosch isn’t the first giant that struck a deal with this Germany-based development foundation. IOTA also actively works with the likes of Audi, Volkswagen, and Fujitsu to implement new technologies into their systems.

However big this announcement may be, investors failed to notice the importance of such a partnership deal, as IOTA’s MIOTA token continued to fluctuate slightly below $0,50, recording minimal gains of 1,5%.

Nevertheless, the good sign is that the daily trading volume more than doubled after the announcement, hitting peaks of around $13,5 million.

The price may not be moving much at the moment, but inevitable results from all these cooperative efforts are due to make an impact in the future, once the market starts to rebound. 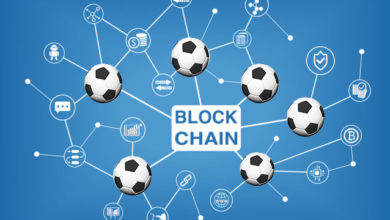 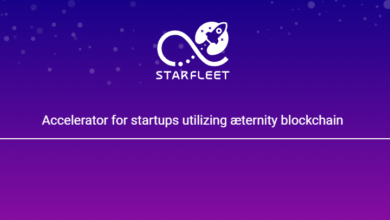