French gaming giant, Ubisoft, recently announced that they are joining the Blockchain Gaming Alliance as a founding member.

What is the Blockchain Gaming Alliance?

According to the official website, Blockchain Gaming Alliance is convinced that the breakthrough blockchain technology brings numerous new benefits to the gaming ecosystem, from developers to players.

They look to provide an open forum for all stakeholders to share knowledge and collaborate on research that foster new ways to create and play games.

“Our ultimate goal is to help spread the integration of Blockchain by developing common standards and best practices,” reads the concluding sentence on the website.

Is the Gaming Console Dying?

The organization brings together some of the most prominent names from the gaming industry under the postulate that the era of gaming consoles is at its end, and will be substituted by a form of the “world computer” that blockchain is said to be.

Gaming is a Multi-Billion Industry

The Entertainment Software Association’s (ESA) latest report claims that there are 2.6 billion gamers around the world, and that can be seen as a huge market for the Blockchain Game Alliance.

According to the same source, the video gaming industry was worth $36 billion in 2017.

Looking at the progress that virtual reality is making, that number is likely to increase, making gaming one of the most lucrative businesses overall.

Dan Biton, the co-founder of Gimli, stated this believe that the blockchain technology will be the one to revolutionize games, and, subsequently, get the mainstream to adopt cryptocurrencies.

“Although blockchain technology is still developing, blockchain core technologies such as a distributed ledger, smart contract, and consensus mechanism have a huge potential and broad prospects in gaming,” stated Biton on his official Medium channel.

“Founding members (of the Blockchain Game Alliance) also believe that gamers will lead the mass-adoption of cryptocurrencies paradigms,” he explained.

As an organization, the Blockchain Game Alliance is governed by a board, which is composed of representatives from all founding companies:

With Ubisoft, the alliance got one of the biggest names in the whole gaming industry.

With the revenue of $1,61 billion, and titles like Assassin’s Creed, Far Cry, Rayman, and Tom Clancy, Ubisoft is easily a world’s top 10 gaming company.

As such, it has more than enough funds to push the development of blockchain solutions towards the mass implementation in video gaming.

Now that they are backed up by the whole organization, it shouldn’t take long for us to witness some real progress. 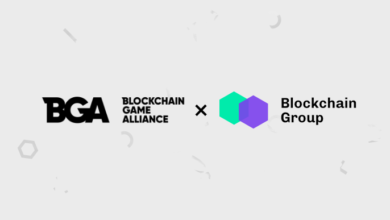 The Evolution of the Blockchain Gaming Industry