The U.S Securities and Exchange Commission (SEC) cleared the gaming startup, Pocketful of Quarters (PoQ) to issue and sell their tokens ‘Quarters’ without registration.

On the no-action letter issued yesterday on the FinHub’s website, the tokens were deemed not to be securities. Jonathan Ingram, the chief legal advisor to the SEC’s FinHub division, replied to PoQ’s inquiry:

“Based on the facts presented, the Division will not recommend enforcement action to the Commission if, in reliance on your opinion as counsel that the Quarters are not securities, PoQ offers and sells the Quarters without registration under Section 5 of the Securities Act and does not register Quarters as a class of equity securities under Section 12(g) of the Exchange Act.”

This is the second no-action letter published by the SEC to a company seeking to launch a token sale, with the first one being issued in April to a business-travel startup TurnKey Jet.

It is the first time that the ERC-20 standard token, on which the Quarters’ token is built on, receives the U.S regulatory approval.

Lewis Cohen, a lawyer from DLC Law that worked with PoQ to secure the letter, said:

“The thing that’s notable here, this is the first ERC-20 public blockchain token [approved for sale].”

A good sign for the crypto gaming world, but there are strict conditions to be followed.

Cleared, but with a lot of rules to follow

The no-action decision is based on several conditions and stipulations imposed on PoQ.

The first no-action notice to TurnKey Jet involved similar rules. The tokens had to maintain a fixed price, they couldn’t be transferred to external wallets, and the company couldn’t use the funds from the token sales to develop their platform.

Divided opinions in the blockchain space

According to the SEC’s letter, PoQ has a fully developed platform, and they’ve given the green light for them to go live before selling the tokens. They can’t use the funds from the tokens’ sale to continue the development of the Quarters platform.

While this can be seen as progress for the ERC-20 tokens, and that work can actually be done with regulators, the cryptosphere was hesitant. On Twitter, the president and chief legal officer of Blockchain congratulated the achievement of a no-action letter for “arcade tokens.” Similarly, the lawyer Stephen Palley said it wasn’t a surprise that the token isn’t a security and that it’s a shame companies need to go through such lengths to state the obvious.

Despite the divided opinions, this second ruling by the SEC can help shed light on how they separate securities from utility tokens. Is this a framework for the future? 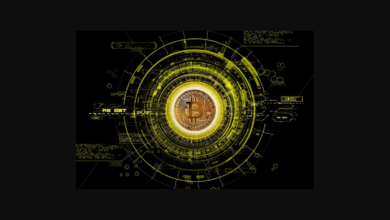