With the continued news of the blockchain’s influence on the gaming industry, somehow the online eSports publisher Valve has started to creep into related forums and blog posts. Valve is currently completely independent of the blockchain, so why is this publisher being compared to the current blockchain solutions presented to the online gaming community?

Recently, games such as Cryptokitties and the brand-new eSports game Gods Unchained have been headlining on blockchain news sites. It is not so much the games themselves that are special. Instead, it is the technology behind the inception of these games that have made them popular.

Both Gods Unchained and Cryptokitties have two main aspects in common:

It is the idea behind the saleable rarity of digital assets that is the reason behind Valve Gaming’s name has been appearing on the blockchain.

In Valve games such as Dota 2, players can purchase skins, weapons, items, hero cards, artwork, sound effects and more. The exact same principles are applied to the rarity of these digital assets as on the blockchain. For example, if a particular hero set or an outfit has only five available, then the value of that asset is increased.

Items for Dota 2 can be purchased on a number of websites. However, when the item is purchased on the website, the owner needs to log onto their Steam account and launch Dota 2 to transfer the article in-game to the buyer. This means the digital asset is always tied into the game.

As a result, the item is never independent of the game. Also, copyright laws state that Valve is still the rightful owner of the item. Therefore, if the gamer closes his/her Steam account, the item in question is lost.

Ownership of Digital Assets Makes the Blockchain Unique in Comparison to Valve?

The idea behind blockchain games is that gaming publishers no longer own the digital assets purchased by the gamer.

Gamers purchase the digital asset, which has a smart contract attached to it signifying who owns the asset. This is very similar to how the blockchain works to someone who owns a crypto coin.

In the case of Cryptokitties and Gods Unchained, this would mean a sale of a Cryptokitty or sale of a card respectively can be achieved without having to use the game platform itself. Each digital asset has its own signature on the blockchain and in that signature is the interchangeable ownership key.

For that signature’s key to change, an exchange of ETH would need to take place. This would require a smart contract to be fulfilled. Once this happens, ownership of the digital asset is now in the hands of the buyer without intervention from the game publisher.

Could Valve Benefit from Moving to the Blockchain?

There would be arguments against a move to the Blockchain if you were part of Valve’s management team. If a player closes their Steam account, it will naturally delete their Dota 2 account. This means all digital assets related to that account are passed back to Valve.

Of course, Valve can now resell those digital assets or simply choose to delete them if they are not of any value. Therefore, Valve stands to make money from the closure of accounts. However, this rarely happens.

On the other hand, Valve could benefit from the financial freedom the blockchain would afford the company. With no VISA, Mastercard, or e-wallet fees to worry about and very low cryptocurrency fees, Valve could reduce the price of their digital assets. The company also sells subscriptions as well as seasonal battle passes. A reduction in cost because the company can eliminate fees imposed by using commercial facilities such as VISA, could help them reduce prices and increase sales.

The company could also become independent of the Steam platforms saving yet more costs.

Realistically this could happen. There is already one company on the blockchain selling Dota 2 digital assets using cryptocurrency known as dmarket.io. The company plans to use its Dmarket tokens as the official currency for digital trading assets online. At the moment you can find the dmarket Dota 2 store.

Dmarket ICO is already trading digital assets from a number of online games and is partners with numerous game publishers. 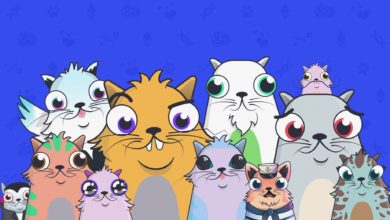 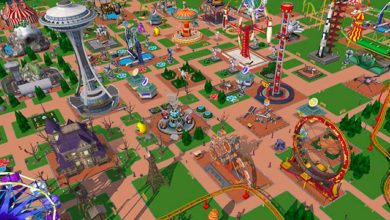