As reported on Monday, the People’s Bank of China (PBoC) is on the verge of issuing its own digital currency.

PBoC’s Deputy Director of the Payments Department, Mu Changchun, spoke at an event this weekend at Yichun, Heilongjang. After one year of intense work to develop the system, he announced that the cryptocurrency is ‘close’ to being launched.

The deputy director explained that after five years of research, a prototype that adopts the blockchain architecture has been successfully developed. The announcement was made at China Finance 40 Forum and reported by the local news site Shanghai Securities News.

Details on the digital currency

Patents filed by the PBoC show that consumers and businesses would swap yan for the digital money through a mobile wallet, which would be used to make and receive payments.

Unlike cryptocurrencies as we know it, this one won’t resemble a decentralized blockchain-based offering. On the other hand, this one is intended to give Beijing more control over its financial system.

It’s expected that the central bank will be able to track every transaction, thus having an unprecedented view into individuals’ private lives. Also, it’ll facilitate PBoC’s job in filtering out money laundering scams.

Mu explained that it would be difficult to use a pure blockchain architecture in a country as big as China, where retailers require high performance. The digital currency will adopt a two-tier operating system, which PBoC on the upper level and commercial banks on the secondary level. This would enable the digital currency to cater to the nation’s “complex economy with a vast territory and a large population.”

Mu explained that this system would improve accessibility and enhance adoption rates among the public. In order to promote innovation among commercial entities, the digital currency was designed for “small-scale retail high-frequency business scenarios.”

China banned cryptocurrency exchanges and ICOs in 2017. They also made crypto mining illegal. They have, however, been developing the blockchain technology in different sectors, from payments solutions to agriculture.

The digital currency project was initiated by the former central bank’s governor, Zhou Xiaochuan. Retired in March, he spearheaded the development of the digital currency as a way to protect China “from having to adopt a technology standard, like Bitcoin, designed and controlled by others.”

According to Bloomberg News, that tallied Chinese intellectual-property filings, 78 digital currency patents have been filed by PBoC’s software developers since 2016. As of August, there were 44 blockchain-related patents, as reported a Chinese trade publication, IPRdaily. This puts China as the fifth country with the most blockchain patents.

In a statement released early August, the PBoC said it would “expedite the research of China’s legal digital tender” and monitor the trends of virtual currency development overseas and at home.” Many reports are linking China’s behaviour to Facebook’s Libra.

According to CoinDesk, China has fast-tracked the development of their own digital currency since the release of Facebook Libra’s details in mid-June. The now-former PBoC governor, Zhou Xiaochuan, said at the beginning of July, that Libra poses a threat to national currencies and existing cross-border payments systems.

Faced with this new risk, he said that the government (China) should “make good preparations and make the Chinese yuan a stronger currency.” Wang Xin, PBoC’s head of the research bureau, said, not long after, that the bank was giving “high attention” to Libra, and that they could boost the development of a national digital currency.

“It is without doubt that with the announcement of Libra, governments, regulators and central banks around the world have had to expedite their plans and approach to digital assets. (…) They have to consider the possibility that non-government issued currencies could “dramatically” disrupt finance and payments.”

No specifics were given on the timing of the launch. The introduction is likely to be gradual, with early adopters being unable to use the digital currency on investment products. Meaning the impact on monetary policy would be minimal.

PBoC high number of patent applications may suggest that the bank has higher ambitions than tracking everyday individual’s transactions. Critics are worried about what the government will do with access to so much information, fearing for political dissidents and China’s international position.

banks from lending money to blacklisted companies, keeping  even leverage the digital currency to punish political dissidents by denying them access to loans.

Construction: a Blockchain Use Case 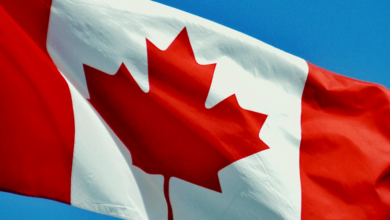 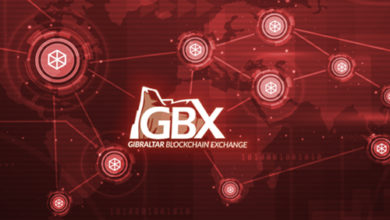