Ethereum’s much-anticipated shift to Proof of Stake (PoS) has left many onlookers asking why the Bitcoin community isn’t doing the same. The answer, as always, is complicated.

Bitcoin is celebrating its record run. The investment world has largely accepted the cryptocurrency as a legitimate asset that is widely traded by both institutional investors and retail consumers.

But while this continues, many of the cryptocurrency’s challenges remain.

Before diving into the scalability challenge, it is important to understand the problem with consensus itself. When a regular database documents a transaction, it is done using a centralized system. This helps to (mostly) prevent fraudulent transactions and secure the “network” used by, for example, a bank.

Pure cryptocurrency projects can’t rely on centralized solutions. So they need another way to approve transactions. To do this, they use blockchain technology, which groups transactions together into blocks. They then need to find a way to prevent users from spamming the network with fake transactions or spending currency that they don’t have in their wallets.

For this purpose, most cryptocurrency projects rely on Proof of Work (PoW). This is a system that requires computers to solve complicated problems to confirm that a block is valid. Once that confirmation is made, the block is added to the blockchain (or ledger) and can’t be reversed or changed. This prevents users from creating multiple transactions simultaneously and ensures that the ledger is correct.

In exchange for their efforts, the computers, or miners, receive some cryptocurrency in exchange. It is also possible for users to offer an additional fee to encourage miners to prioritize their transactions. This system is the lynchpin of many projects and is often used to control the release of a new cryptocurrency into the crypto market.

Scalability Is the Elephant in Crypto’s Room

On paper and for low numbers of transactions, PoW works just fine. The problem comes when transaction volume increases. Large numbers of blocks, all competing for miners, mean that transaction times begin to skyrocket and costs increase.

This problem is particularly troublesome for the Ethereum blockchain. This blockchain forms the backbone of hundreds of cryptocurrency projects, as the popularity of DeFi has led to significant network slowdowns over the course of 2020. Scalability problems even led to some commentators questioning the viability of the Ethereum project as a whole.

The easiest way to solve problems with slow transactions is to change the method you’re using to confirm transactions. This is exactly what Ethereum has tried to do with Ethereum 2.0 and the shift towards Proof of Stake (PoS).

Instead of using miners, PoS uses cryptocurrency itself to prevent multiple transactions. In Ethereum’s case, 32 ETH will need to be committed in order to approve a smart contract. “Stakers” place their cryptocurrency in nodes, or validation pools, which provide the collateral to compete to add the following block to the chain. In exchange, they receive a transaction fee.

This prevents a large number of unverified transactions from entering the blockchain simultaneously and provides the same security as PoW at a fraction of the computational cost. It also has the additional benefit of providing more utility to ETH holders, discouraging speculative selling of the currency and hopefully providing more stability.

Why Is Bitcoin Still Using Proof of Work?

By its nature, the Ethereum project needs to process large numbers of transactions. This makes gambling on PoS worth the risk. The Bitcoin community, on the other hand, doesn’t have any particularly pressing need to undertake a major change to its network, especially without actually seeing it in action.

This is made doubly true when you consider the importance of miners to the Bitcoin world. While miners don’t have any direct control over hard forks, they are still an influential voice in the BTC community. If there were rumblings that the currency was making a sudden shift to PoS, many miners might decide to vote with their feet.

However, this doesn’t mean that a switch to PoS is impossible for Bitcoin. In fact, it is probably inevitable. Setting aside scalability, Bitcoin faces another big question: What happens once all BTC is mined?

This will invariably either reduce miner’s payout or significantly increase transaction fees, undermining BTC’s viability. While the BTC project could mint more Bitcoin via a hard fork, this would undermine its credibility and face stiff opposition.

Faced with these choices, the arithmetic for miners may change. Many might decide that PoS provides a more sustainable way to ensure transactions can still be processed. A potential way to do this could be to leverage the pre-existing full and light node network to implement a PoS style solution.

In any case, the Bitcoin community is unlikely to undertake such a radical change to their blockchain until they are forced to. Many will be watching Ethereum’s PoS experiment with interest. Its success or failure could define the future direction of the blockchain world as a whole. 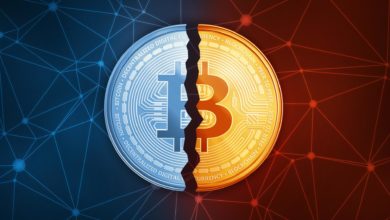 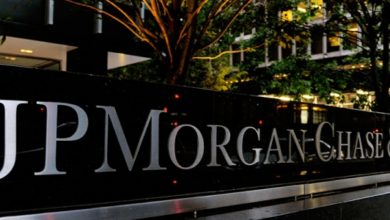