Bitcoin (BTC) ETFs (Exchange Traded Funds) have lately taken over all crypto-related media in anticipation of the US SECs decision about the VanEck and SolidX rule-change filing.

It is being portrayed as if the price and the future of the number one cryptocurrency, and consequentially all the others’, depends exclusively on the bureaucrats’ decision to allow or not to allow the two associate companies to proceed with what they planned.

Why is VanEck-SolidX ETF Filing so Important?

Even the most basic research shows that VanEck’s ETF proposal is just one among more than 20 which were filed for the SEC approval, yet the hype has been going on for days, if not months.

The reason for the anticipation is that CBOE-VanEck-SolidX Bitcoin ETF seems to be solving all the issues that the SEC had mentioned when rejecting other proposals.

The official letter,  signed by Jan van Eck ,to the director of the SEC’s division of investment management, Dalia Blass, answers the commission’s concerns with following arguments:

There are Other Applicants With Original Ideas

The SEC denied the Winklevoss brothers’ ETF application on July 26th, which triggered a one-day bear run when the price of Bitcoin briefly dropped from $8,280 to $7,800.

The San Francisco-based asset management firm, Bitwise, filed the first of its kind proposition to launch a cryptocurrency index ETF with the SEC last week.

“The issues around an ETF, (namely) custody, liquidity, and market manipulation are similar for most of the large cap assets,” stated Hunter Horsely, the CEO, and co-founder of Bitwise on the CNBC’s Fast Money. He then concluded that “once you get comfortable with what it takes to do that effectively in crypto, our feeling is that you can do that for many different coins.”

According to the recent extensive research conducted by totalcrypto.io, which mainly compares Bitcoin to Gold, shows the high possibility of permanently positive market movement.

The report based on the research recapitulates how the value of gold spiked more than 400% in 8 years after the SEC approved the Gold ETFs on March 28th, 2003.

The report speculates that the same fate awaits Bitcoin if the SEC gives the green light for any of the filed applications because the research showed that 56% of high net-worth individuals are highly interested in investing in cryptocurrencies, along with 29% of millionaires. 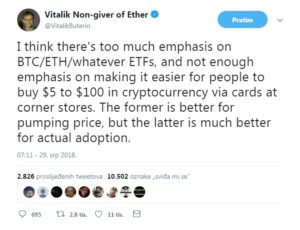 “I think there’s too much emphasis on BTC/ETH/whatever ETFs, and not enough emphasis on making it easier for people to buy $5 to $100 in cryptocurrency via cards at corner stores,” posted the founder of Ethereum (ETH), Vitalik Buterin on his official Twitter. He concluded that ETFs are better for pumping the price, while the latter is much better for actual adoption, which should be far more important.

Aditya Mishra, the CEO of 108Token, seems to share the opinion of the young Messiah of Ethereum, as he deduced that cryptocurrency ETFs are focused on institutional investors. Therefore the average investor needs a simpler solution.

Whatever anybody says, all the hype and hope surrounding the long-awaited SEC’s ruling don’t seem to evaporate lightly. We should rather all learn to live with it because the already notorious SEC has postponed their decision-making deadline until September 21, 2018.

At least, this long waiting period will give all of us the time to adapt. 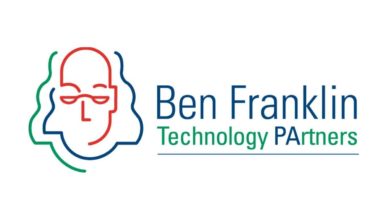 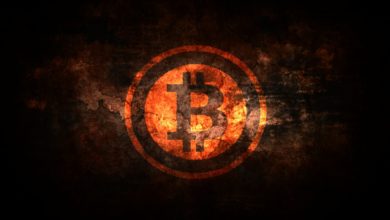 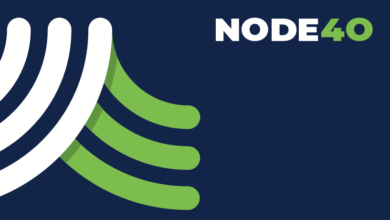