Against all odds, Nicolás Maduro has rolled out the world’s first functioning state-backed cryptocurrency in Venezuela. That is less than it seems.

Even by the standards of Venezuelan dictator Nicolás Maduro’s hare-brained schemes, the petro seemed impossibly daft. Announced in December 2017 – just as Bitcoin’s price was peaking and the bolívar collapsing – Mr Maduro unveiled his plan for the state-backed cryptocurrency, which he said would let Venezuela overcome America’s “financial blockade.”

Ostensibly, the petro would be backed by the nation’s oil reserves – in particular, those in a 380-square-kilometer area near the remote town of Atapirire. But it was roundly dismissed as just another crypto-sham from a discredited government – an impression Mr Maduro reinforced when his government bungled the initial rollout. A hastily re-written white paper released in October 2018 contained fundamental differences from one published in January. A Reuters journalist visiting Atapirire found scarcely any working oil infrastructure at all.

Yet despite such incompetence, Mr Maduro has steadfastly continued the project. PDVSA, the state oil company, has deemed the petro one of its units of account, alongside the bolívar. Some government benefits are reportedly being paid in petros, including a one-time airdrop in December 2019 worth roughly $30. Traki, Venezuela’s biggest retailer (which has a crypto-enthusiast streak), is accepting petros in some of its locations.

Investors, too, appear to be trading in petros, albeit in tiny volumes. When our correspondent accessed Antwerp, a state-sanctioned exchange, over 1,600 petros had been bought with either bolívar or Bitcoin over the past day. Jose Antonio Lanz, a Venezuelan journalist, has uncovered informal petro exchanges conducted over Telegram, a messaging app. Trades are made in public view to dissuade any chicanery. One exchange even offers escrow services.

It is not a stretch to say Mr Maduro has indeed rolled out the world’s first functioning state-backed cryptocurrency. But this is hardly the breakthrough it seems. The petro’s underlying technology looks suspiciously similar to that of Dash, an open-source cryptocurrency. And despite alleged efforts to strongarm merchants into accepting petros, take-up remains subdued.

Nor does the petro stand much chance of bypassing American sanctions. That would require financial intermediaries willing to convert petros to more credible currencies. But doing so risks falling afoul of America’s “secondary” sanctions on Venezuela, which hit anyone who has “materially assisted” the government. In March 2019, America’s Treasury Department sanctioned Evrofinance Mosnarbank, a Russian bank in which PDVSA has a minority stake, for brokering early petro sales. Treasury alleges Evrofinance acted as a conduit for sanctions-dodging and has cut off its access to dollars. Sensibly, other banks are avoiding the petro like the plague.

Meanwhile, the need for a new cryptocurrency is dwindling. Mr Maduro has lifted price, import and currency controls, implicitly conceding that Venezuela cannot ditch the dollar anytime soon. Thanks to these reforms, inflation, though still stratospheric, is falling. Mr Maduro, with a firm grip on the army and an increasingly weak opposition, faces few political threats.

Venezuela’s crypto ambitions seem to have waned, too. A Department of Justice charge sheet unveiled on March 26th accused the regime of using cryptocurrency, perhaps including petro, to launder drug money alongside a Colombian terror group. As a piece of monetary history, the petro is a milestone. But it is little else. 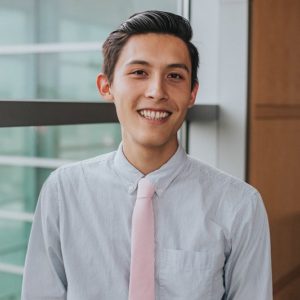 Ethan Wu is a research assistant at Cornell University focused on digital currency. His work has appeared in the Nikkei Asian Review, Project Syndicate, and at the Brookings Institution. He was also the opinion editor at The Cornell Daily Sun. 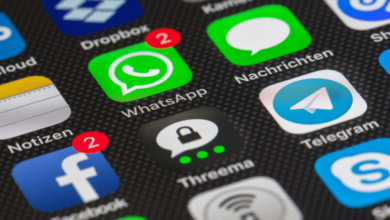