Undoubtedly, technology has always played a major role when it comes to the evolution of cities. Right from the very first human settlements to the industrial revolution to today, technological advancements have impacted the houses we use, cities we live in and the environment around us. We have been experiencing global trends that have paved the way for a revolution.

As urbanization is on a steady rise and is accelerating in the last 15 years, it doesn’t come as a surprise that cities amount to more than half of the entire world’s GDP.  If the data from the World Bank is to be believed, more than 54% of the global population now resides in cities. This global trend has created a framework where cities are overpopulated, polluted and administration is inefficient.

It is not only about elderlies, but the way we lead our lives today is degrading our environment terribly. Climate change is real, and resource scarcity has emerged to be a global problem, as highlighted by the World Economic Forum.

Demographic and social changes have introduced a shift and paved the way for a needed transformation which could address the demographic and social changes. The most recent technological breakthroughs have taken the world by storm and are impacting the global economy drastically. This means that we are more connected and faster than ever. Industries are profoundly affected by the new ways of consuming of a world that never rests.

Thus, governments and corporations are turning towards innovation research and development to tackle the challenge of an increasing population and its negative consequences – socially and economically.

All these factors have coupled together to present a solid use case to develop smart cities in front of the government. This brings us to the next important question – what is a smart city, anyway?

What is a smart city?

Techopedia.com defines a smart city as a designation given to a city that incorporates information and communication technologies (ICT) to enhance the quality and performance of urban services such as energy, transportation, and utilities to reduce resource consumption, wastage and overall costs.

Put simply, a smart city uses technology to enhance livability. Such a city caters to the needs of citizens, maximizes operational efficiencies and maximizes environmental sustainability efforts. Creating a smart city is not an easy task, and requires a sufficient amount of resources.

This is when blockchain could serve the purpose pretty well, and help governments create smart cities effortlessly.

Blockchain Can Enhance the Following Areas in Smart Cities

The blockchain is already in the process of streamlining a range of industries, and it can also play a vital role in the development of smart cities. Let’s have a closer look at a few such areas where blockchain could make the process smoother and swifter:

There are various use cases wherein blockchain-powered applications are used to send and receive payments. Blockchain-powered payment solutions are perfect for companies with remote employees. Similarly, small business owners can also use blockchain to transfer money to anybody securely and quickly without paying any additional transaction fee to intermediaries.

This kind of transfer of money can also be used by governmental institutions, including and not limited to: city programs, assistance, welfare, retirement, payroll, etc.

Blockchain can help to promote better governance with the help of smart contracts which can be deployed for a range of activities. From conducting transparent voting to automating the bureaucratic processes, filing taxes, tracking ownership of assets and the like, blockchain can make the entire system run smooth.

The insurance industry is one of the worst hit, all due to the online frauds. It is estimated that by 2020, companies will lose $4 in every $1000 to fraudulent activities. This figure might sound small as of now, but projections predict that it could cost businesses more than $25.6 billion.

This is when blockchain could come to the rescue again and help in tracking and managing digital identities with the help of public key cryptography based digital signatures instead of conventional password-based systems.

With the support of smart contracts and other related applications, blockchain can assist in managing supply chain effortlessly. From the food and agriculture industry to logistics and others – blockchain can introduce better transparency between the producer and consumer into the system.

Healthcare is another industry which could benefit immensely with blockchain. This decentralized ledger can be used to store personal details of the patient, which can then be shared with hospitals and other entities, depending on who the patient would like to share their details with.

This will not only help in filing insurance claims efficiently but will also rule out any data tampering.

Blockchain not only contributes to smoother processes, but it could also do its bit in keeping the environment under check. It can be used to track carbon footprints of appliances, vehicles and the like. The records cannot be tempered, and this, in turn, could be used to determine the amount of carbon tax to be charged at the point of sale.

Blockchain-based P2P energy trading solutions help communities embrace solar power and other alternative sustainable sources of energy readily. All thanks to its immutable nature, blockchain eliminates the need for middlemen and enables individuals to generate, buy, sell and trade energy. Not only this, blockchain could be integrated with IoT sensors and AI to facilitate better waste management.

Blockchain provides a secure mechanism to store and validate user identities in the form of decentralized identity management systems. Such solutions not only help in easy storage but also help the government find identity thefts and other related frauds.

Why Does Blockchain Go Hand In Hand With The Smart City Concept?

As is evident, blockchain is a decentralized immutable ledger. This not only makes it safe, secure and transparent but it is also an excellent instrument to rule out corruption and inefficiency from the smart cities.

Here are a few examples of the potential blockchain can provide for the construction of a smart city:

The shift from manual services to digital services allows for the implementation of these blockchain features. It decreases the risk related to data security, ensuring that information and transactions are dealt with in an efficient, transparent and honest way.

Governments that are taking the lead

The Smart Dubai initiative is well known in the blockchain world for its innovative and revolutionary characteristics. Launched in 2013, the collaboration between the government and the private sector is set to enable a smart transformation, “to empower, deliver and promote an efficient, seamless, safe and impactful city experience for residents and visitors.” Their ambition? Make its people the happiest on earth.

On the same lines, Dubai Smart City 2021 is a roadmap that envisions Dubai as a world-leading smart city by 2021. Dubai is not the only country in the region to make efforts to build a smart city.

According to the vice president of UAE, 50% of the government transactions will be processed through blockchain by 2020. This will not only facilitate quick transfers but will also save resources.

“Smart City Sweden” is a national platform for smart and sustainable city solutions. The funding is conducted through public and private means, and their focus areas are:

In Sweden, “smart city” is a mindset, where horizontal management processes are seen as more productive for long-term success, and a cross-disciplined approach is prioritized to build trust. They also entail complying with the UN Global Goals for Sustainable Development. This goes hand in hand with the country’s sense of collectiveness, and it doesn’t come as a surprise when Stockholm was recognized as the first green capital of Europe in 2010.

Estonia’s smart city initiative was born of its political and economic context. The establishment of a new government at the time of its independence in 1991 brought about the Information and Communications Technologies (ICT) solution. Residents received their ID card with a chip, which allows them to access all the data on their digital identity.

This means that 97% of schools are online, voting has been digital since 2007, and in 2017, taxes declarations took three minutes to complete.

Inhabiting 1.3 million residents, Estonia is leaving no stone unturned in ensuring the data integrity in medical records. This is perhaps why the Estonian E-health foundation launched a project a few days back to store the health records of all patients and the likes.

India unveiled its Smart Cities Mission in June 2016. According to the initiative, the country will develop 100 smart cities by providing affordable housing solutions, integrating multi-modal transport, and managing waste and traffic properly.

Their mission includes city improvement (retrofitting), city renewal (redevelopment) and city extensions. The cities that will be upgraded will be selected based on the Smart Cities challenge. By January of last year, 99 cities had already been selected. Between 2017 and 2022, financial aid will be made available by the government and the results are expected to follow. The expectations are that the developments will be an example to be followed by the other cities.

Singapore’s Smart Nation aim is to create “A government that is digital to the core, and serves with heart.” The former means that transforming the way citizens and businesses are served entails the use of data, connectivity and computing. The automation of work wherever possible to enrich the citizen’s experience comprises “serving with a heart” of a digital government.

The Digital Government Blueprint was launched in 2018, and outlines a five-year roadmap for the government to “harness digital technologies to transform how it serves the public.” Singapore follows three key pillars: digital economy, digital government and digital society.

Transforming a city into a “smart city” entails a long-term plan and an integration of different technologies, blockchain being one of them. However, it is crucial to highlight Artificial Intelligence (AI), Internet of Things (IoT) and big data as key components of a smart city.

It is of no surprise then that each of those countries highlighted above has been implementing blockchain in different sectors.

The UAE has been creating a blockchain ecosystem which entails ICO and crypto trading, the creation of a national currency and blockchain-based remittances. Sweden has finalized a 2-years test pilot where people can buy and sell land using a blockchain platform. Estonia has become the first country to have implemented the blockchain for the healthcare industry at a national level. Most recently, a consortium of 11 Indian banks was consolidate to create a blockchain platform to help grow MSMEs. Also, the Indian government is expected to employ blockchain to ensure enhanced security, transparency, and immutability.

Blockchain could play an important role in building the required infrastructure and providing better governance to downsize the negative impacts of a urban city. By laying the foundation of a smart city, people will have access to cleaner energy, green transportation, faster administrative processes, and secure data management by governmental institutions and day-to-day services providers.

We are still a long way to go, but initiatives as the ones highlighted above are proof that it can be done. There are shortcomings in this transformation, but for every new technology there are many challenges. Rest assured, blockchain will not only make the cities ‘smart’, but will also rule out shortcomings present in our current system.

What are your thoughts on this? Let us know in the comments below. 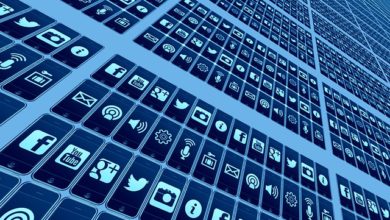 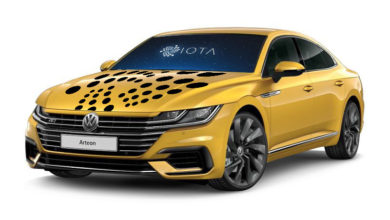 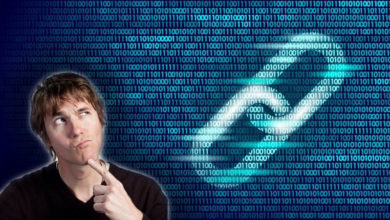