The French-based Financial Action Task Force (FATF), responsible for overseeing rules that pertain to global money-laundering, has announced that next summer it will develop and impose new regulations that pertain to regulating the international use of cryptocurrencies.

One of the key components to the FATF’s new action-based policies is to tackle concerns with money laundering within the digital world of virtual currencies. Regulation will be levied upon a number of start-ups working within the industry including exchanges and any initial coin offerings (ICOs). On top of this, any company that offers its services assisting any ICO in fundraising, as well as other activities, will also need to adhere to the new rules.

News of the FAFT’s plans was made public in a report by Reuters. At present, there does not appear to be a solid set of rules or licensing in place, which Reuters has described the current regulations in place are ‘patchy.’

In a recent meeting by the FAFT, there were four main areas covered in which concerns have been raised coming from an array of sources that would like to see the entire cryptocurrency sector come under the wing of a controlled environment.

On top of this, money laundering, in general, will be one of the focal points of the FAFT’s new regulations. Money laundering is a real cause for concern within the cryptocurrency sector because with present rules the use of digital tokens is not under the control of any particular country.

However, as long as the ICOs, as well as crypto exchanges and wallets, can be controlled and made to adhere to set financial laws that are likely to be centered around the transparent exposure of financial records, then it would make it much easier for the FAFT to spot money laundering activities. You only need to look at a recent report by Chainalysis flaunted the fact that a Bitcoin whale is likely involved in money laundering and crime.

Initial Rules and Licencing To Be Expected in June 2019

Marshall Billingslea, the president of the FAFT, has reportedly set June next year as the target date to implement the new policies. This gives any company or persons that will be affected by the new regulations. These new licensing policies will be issued to all jurisdictions globally. ‘

Any company or person connected to a digital currency in any of these jurisdictions will become targets for the FAFT’s new ruling in order to stamp out the criminal use of digital currencies.

This means that there will be many firms that appear to be separated from the world of cryptocurrencies that will also be included. Hedge funds that deal in cryptos will need to check their accounts because inadvertently they will be connected to the crypto wallets and exchanges through their own investment portfolios.

New Rules Will Affect Any Business Or Persons Connected to Cryptocurrencies

Within the fiat currency world of investment, wealth management funds, infrastructure development funds, as well as hedge funds have all used the advantageous borderless transfer capabilities of cryptocurrencies for certain projects. Hidden within some of these transactions there is suspected to be several cases of white-collar crypto crimes in which the new rules being laid out be the FAFT will work to eliminate such deals.

It is not clear whether the FAFT plans to track back and try to capture some of the individuals and groups involved in white collar crimes that involve digital currencies is yet to be revealed. For the time being, many of those involved in such transactions have taken part believing that due to the anonymity of the operations they can escape justice, but the new FAFT regulations could expose such deals and cut through the anonymity to capture those responsible.

That said, the chances of this happening, although quite low, are still a possibility. If this is the case, it would not be too dissimilar to the claims made about Coinbase in the USA as the famed crypto wallet provider informed 13,000 users that their data will be handed over to the IRS.

For the time being, we will need to wait until next year to see just how these rules change the face of global cryptocurrency trading and investment. For some, the controls may seem off-putting as they could defeat the whole idea of cryptocurrencies. On the other hand, the news will be welcomed by those that would like to see tighter controls to protect investors and the general public involved with cryptocurrencies.

Can Blockchain Streamline the Entire Genomics Industry and Aid in Better Research? 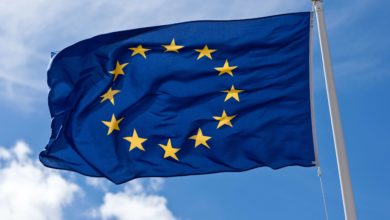