The industry’s giant, Volkswagen (VW) has partnered up with IOTA (MIOTA) to develop a blockchain-based product, Digital CarPass.

The project aims to ensure the reliability of the mileage through the tamper-proof distributed ledger technology (DLT).

This partnership is not the first one that IOTA scored with some automotive industry leader.

It seems that because Audi, like Bentley, Bugatti, Lamborghini, Porsche, SEAT, and Škoda, is a part of the Volkswagen Group, the partnership signed on July 25th, in Berlin, between them and IOTA opened up a new and exciting market for DLT development company.

“IOTA´s open source protocol is predestined to be an innovation accelerator for any kind of business ideas that rely on trust in data, scalable & safe machine to machine communication & transaction settlement,” declared the Head of Mobility and Automotive at the IOTA Foundation, Alisa Maas at the time.

Digital CarPass will be a sort of a report card for a vehicle that uses a distributed ledger to ensure data such as mileage is reliable and trustworthy.

Volkswagen’s Head of Blockchain, Benjamin Sinram, in an event in Tel Aviv, Israel, stated that out of the five distributed ledger technology teams his firm was considering, IOTA was the farthest along in development.

He also went on to unveil that VW is in various states of the development on other distributed ledger-based projects.

One is a track and trace system across the supply chain of cars from manufacturer to customer, while another will be designed as a “charging protocol” for electric vehicles that runs on the Ethereum network created by Energy Web Foundation.

Even though it is a noteworthy project which will, upon launch, ensure that the mileage data of the car hasn’t been tampered with, Digital CarPass isn’t the first of its kind.

Lithuania-based company carVertical is a blockchain-based decentralized solution for storage and verification of authenticity of all car information, which can then be publicly accessible.

The similarity is more than evident, but, unlike IOTA, which is using its Tangle technology, CarVertical is utilizing the blockchain technology to create a global decentralized car history registry.

Even though, in this case, we can talk about one of the biggest partnerships among DLT companies, the news failed to inspire trust towards IOTA, as the price of the token remained stagnant.

IOTA currently sits at the tenth position on coinmarketcap.com, with the price of $0,71 per token.

Nevertheless, if the partnership succeeds and the product, as announced, launches at the beginning of 2019, we can expect to see some serious upward price movement. 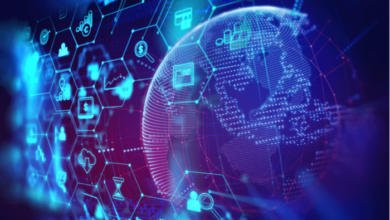 DAOs: Leading the Future of Decentralization