Artificial Intelligence (AI) and blockchain are both powerful technologies, even more when used together. Blockchain- and AI-based systems can increase data protection, track decision-making processes of intelligent machines, and identify ways to use computing power more efficiently.

The world is heading towards the Fourth Industrial Revolution. The first three were primarily based on the adoption and application of machinery, with gradually increasing levels of automation. The fourth one will be based on computers.

The new wave of technological progress will bring a complete revolution of automation, which will not involve masses of people to maintain industrial processes anymore. Instead, machines will further streamline mass production through digital technologies and information accessibility.

Countries taking the lead in AI

At the beginning of the month, France’s Minister for the Economy and Finance, Bruno Le Maire, highlighted that “AI is the technological breakthrough of the 21st century.”

Even though AI isn’t the only one – he cited other examples such as the storage of renewable energy and quantum computing – it stands differently. Since it is a cross-sectional technology, many sectors stand to benefit, from the food to the aerospace industry. Jobs will also be affected, with a change in habits across all professions, from bus drivers to doctors, to advertisers.

France is part of the game-changers investing in developing the technology. They announced a national strategy for artificial intelligence this month, recognizing the potential it has in creating jobs and improving services and products.

This declaration goes in line with the country’s position towards new technologies, which became apparent last year when they presented the loi Pacte in September to facilitate access to funding to SMEs, allowing them to grow and create jobs. The law proved to be quite a step forward, as crowdfunding such as ICOs became legal under a specific legal framework. This allowed tokens to be issued, registered and traded on the blockchain.

As countries continuously invest in new technologies, it is crucial to understand how they work – isolated or together. What place exactly does blockchain have in artificial intelligence? How does it all fit in together?

Let’s see how these two technologies are creating the backbone for the Fourth Industrial Revolution, bound to change the way business around the world is done.

Marrying off blockchain and AI – what can we expect?

Artificial Intelligence (AI) and blockchain are likely to become the two key technologies leading this Fourth Industrial Revolution. They enable artificial constructs and programs to perform a vast number of tasks that had previously required the involvement of human labor. According to a PwC study, 30 percent of jobs may be automated by 2030, resulting in a U.S. GDP of $15 trillion.

At first sight, AI and blockchain technology seem rather different from each other. AI is the practice of building machines capable of performing tasks that require intelligence, which heavily relies on centralized data banks. Blockchain, on the other hand, is based on the principle of decentralized data storage, allowing individual entities to own and control their data.

Despite the differences, companies have learned to combine both technologies in their processes. Using them separately has proven to be costly, time-consuming and limiting. Deploying them together holds the key to set off this next industrial revolution.

AI needs data to function, vast amounts of data. Much of these data is private data, which users are reluctant to share with corporations. We’re seeing different industries adopt AI to improve management, decision-making processes, as well as client and business relationships. Smart healthcare systems, for example, use AI to make accurate diagnoses based on medical records and scans. Platforms like Amazon, Google, or Netflix rely on AI to create recommendations based on past user behavior.

None of this works without private user data being fed into the systems. Blockchain can enable users to own their data and provide it to corporations in the way they want. That increases users’ data protection and gives them more confidence to share data, as they remain in control. It could also lead to significant cost-savings for corporations. As data will not be stored on centralized corporate servers anymore, the cost for data security will be a fraction of what it is today.

AI is capable of assessing data independently and “learning” which variables are essential to an overall task.

In financial services, for example, AI is increasingly used to decide whether financial transactions may be fraudulent and should be blocked. Another example is Walmart, which uses AI to determine what products should be stocked and where, based on months’ worth of transactional data.

It’s not only that blockchain can support the development and application of AI, but it also works the other way around.

Blockchain-based systems, for example, Bitcoin, require vast amounts of computing power. The hashing algorithms used to mine Bitcoin blocks take a “brute force” approach – which means it systematically enumerates all possible candidates for the solution and checking whether each candidate satisfies the problem’s statement before verifying a transaction. AI could provide ways to streamline this process more intelligently and efficiently.

The opportunities provided by AI and blockchain, especially when used together, are overwhelming. Projects such as SingularityNET, DeepBrain Chain, or Namahe have already started to use both technologies in combination.

SingularityNET is known as one of the world’s first public AI networks on the blockchain. Often confused with a typical marketplace, SingularityNet offers the possibility of bridging the gap between people developing AI tools and businesses that want to make use of the technology. Their goal is to democratize access to AI technology.

Ben Goertzel, CEO and chief scientist at SingularityNET, stated that he’s confident that the AI economy will continue expanding as businesses increase their needs for more tech solutions. He said:

“As the AI economy matures and expands, the demand for a democratic and decentralized AI infrastructure is becoming increasingly clear, as is the need within businesses across the spectrum for AI tools with a greater variety of focus and generalization capabilities.”

An example of how AI can be used to power up a blockchain is provided by a Fintech company, leveraging AI solutions from Google, IBM and Adquara to build what Reuters called a “revolutionary platform for supply chain management.”

Namahe took the vision of a sustainable future and developed it on the blockchain with artificial intelligence. Underpinned by IBM’s Hyperledger permissioned blockchain platform and Google AI, Namahe’s end-to-end supply chain platform is being built to support ethical business conduct. Namahe provides a new standard that “can be used in any industry to bring in transparency and to connect the various elements of the value chain.”

The platform can be used to give full transparency of companies’ supply chains, ensuring that the customer, suppliers and partners can have access to the entire process. It is the basis for ‘Namahe Marketplace’, “where profile, experience and history of a worker/supplier can be used and where small and medium-size retailers, suppliers and workers can trade together in the Namahe Ecosystem.”

DeepBrain Chain is one of the pioneers in the intersection between AI and blockchain, standing among the first to create an AI cloud computing platform powered by blockchain.

DeepBrain Chain has leveraged blockchain technology to develop a decentralized privacy-protecting AI computing platform. They deploy a decentralized blockchain platform to help companies interested in developing and implementing practical AI products, services and systems, fund their projects. Nodes across the world supply computational power to AI companies and receive their token, DBC, as a reward.

Traded via smart contracts based on NEO blockchain, 70% of the DBC is paid by the system and 30% paid by the AI companies. They’re also a secure data trading platform which separates data ownership from data usage, ensuring privacy.

The Fourth Industrial Revolution is already ongoing, and AI and blockchain are at the core of it.

We’ve been talking about all the possibilities AI and blockchain have together. However, the impact is still unknown. As explained by Le Maire, many see AI as a direct threat to their jobs and their practices. Businesses are still doubtful of its utility and are hesitant to invest in the technology.

However, he highlighted that AI is shaping a new kind of economy, and we’re only starting to understand its forms now.

This is only the first article of the AI & Blockchain series! These were only some examples of how blockchain and AI are being deployed together. On the next piece, we’ll see how AI is impacting the users and the way they consume.

Will investing in AI to provide upscale quality of services while sustaining customer satisfaction prove to be effective? What the pros and cons, for businesses and consumers? We’ll bring you all of that, and more next week! 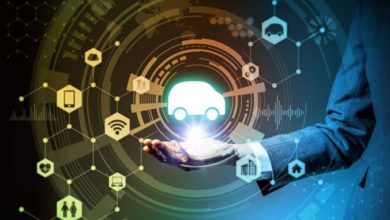 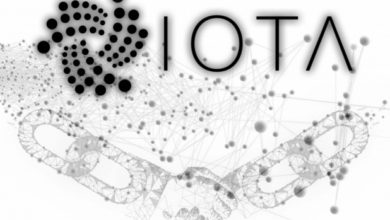 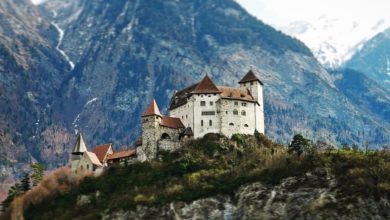 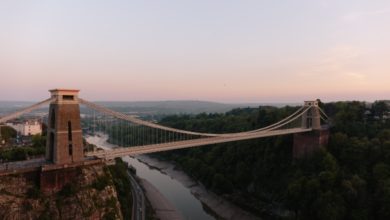