TRON has been at the center of attention for cryptocurrency investors since the completion of the ICO on September 2nd, 2017.

Even though the TRX token is still to migrate to its native blockchain, good news coming from the TRON headquarters are ever-present, as Justin Sun, the founder of Tron is a formidable entrepreneur.

“Ethereum helped TRON take that first step. At the same time, developing on Ethereum made the shortcomings of the platform very clear,” Sun clumsily thanked the mother-blockchain. Despite being developed on the Ethereum blockchain, Sun declared, TRON will surpass the project it will emerge from as the transaction speed and cost should be much more efficient on the TRON’s network.

“Compared to Ethereum, Odyssey 2.0’s TPS is on a whole other level, ensuring that protocol governance is democratic and decentralized,” the founder of TRON continued comparing the two platforms. “Providing a high TPS tackles performance issues at their source — issues that have long plagued the industry. It taps into the disruptive power of blockchain technology and lays a solid foundation for large-scale dApps in Q3,” he concluded, which was observed as a marketing stunt by many investors.

Many cryptocurrency exchanges enabled TRX trading for their users, and 26 of 99 platforms that listed TRON confirmed to support the migration, which should take place on June 25th and will be followed by the vote to appoint 27 Super Representatives that will power the network and validate transactions. The migration and voting processes will be the first to reveal how prepared TRON’s development team really is. TRON, being so heavily marketed, will have to do battle with the big boys in the future, and suffer being compared to the most successful projects in the cryptocurrency multiverse, and only time will tell if TRON will come out of the clashes on top.

Earlier this week, the other confirmation reached the public ear, as Janko Roettgers, a reporter covering the Silicon Valley for Variety published the article in which he claims that  “(Justin) Sun has indeed acquired BitTorrent, with BitTorrent management informing staff about the deal last week.”

The question that still lingers is how will Sun utilize this new asset. That remains yet to be announced.

The acquisition of the fallen internet giant is big news. The weird thing is that despite all the development and marketing effort put in by Justin Sun and the rest of development team, all this didn’t affect the declining price of TRX. Truth to be told, sitting in the 10th spot on Coin Market Cap is a delightful result for such a young project, but the average investor can’t help but feel that all the media coverage backfired on the team.

Since the latest peak on 30th of April, when TRX touched $0,1 resistance line, the price stagnation of TRON has been constant. Currently priced at $0,043, TRX lost 2,58% of its valuation in the last 24 hours, which makes it, along with IOTA and Ripple, worst performing cryptocurrencies among the top 20 coins. 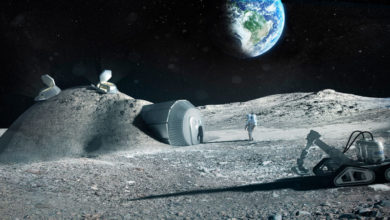